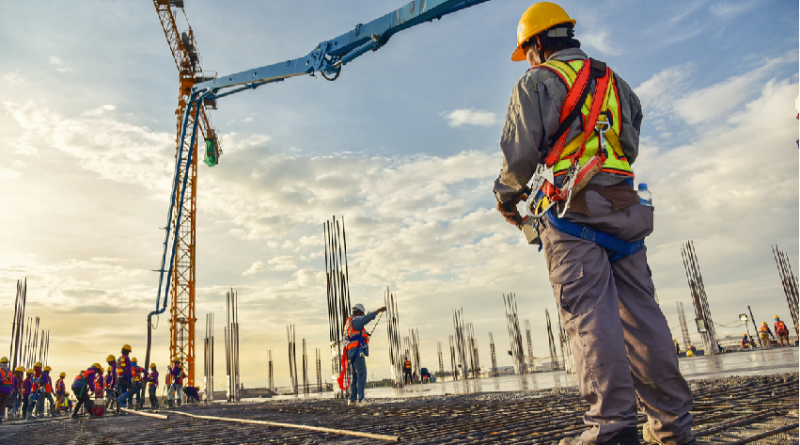 The construction sector is undergoing an unprecedented transformation. The development of new technologies is allowing significant innovation in construction; that promises to change forever the traditional way we have of conceiving the industry.

Not only reducing the costs and times of the sector. But also generating sustainable and efficient constructions. And appealing to greater productivity and safety.

Innovation in construction: technologies that change the models of the industry

Over time, the construction industry has been enriched by new technologies. On this occasion, we are interested in talking about those innovations that are transforming the sector worldwide.

3D printing in construction refers to the use of 3D printing technologies as a central method in the manufacture of buildings or construction components. At present, there are several methods of this technology used on a construction scale. Methods such as extrusion, powder bonding, and additive welding, among others, are included. It has various applications in the private, industrial, commercial and public sectors.

The benefits of this construction innovation are multiple. Particularly noteworthy are faster construction, greater precision or complexity in designs, better integration of function, and a substantial reduction in the waste produced.

Attempts at prefabrication can be found in all historical periods. If an element or process has the characteristics of being able to be produced in the factory or on-site and the first option is chosen, it is a prefabricated product. This allows making the most of the conditions of the moment, reducing the work that must be done on-site.

Prefabricated systems have been changing over time to adapt to the new needs of the moment. This trend has given rise to the development of semi-heavy and light prefabricated systems that favor the sector both in transportation and assembly. This gives rise to the optimization where components that are processed in workshops and that have great flexibility of execution on site begin to be produced.

Drones have been around for a long time and are revolutionizing the construction industry. Especially in large constructions, they allow fast graphic images. Obtained to have day-to-day information on the state of progress of the works. Being able to effectively monitor and carry out all the necessary controls and inspections of the different stages of the process.

At the same time, drones have joined the construction industry as a safety tool for workers and a guarantee for operators and customers. Its contribution to construction ranges from logistics tasks, inspection, and control in real-time, generation of Big Data on progress, and greater safety.

Automation has been integrated as an innovation in construction for some time. Already in 2014, Motor Mason, a mechanical mason who placed bricks at high speed, had been released. A year later, a new masonry robot called SAM100 was introduced. Promising to increase traditional productivity by up to five times. Since then, other robotics alternatives have emerged aiming at the same thing: greater productivity and optimization of time in the field of construction, with special emphasis on precision, safety, and speed.

Building Information Modeling (BIM) is a collaborative work platform, in which architects, engineers, the normative team, and other collaborators of the work can participate. It aims at the creation and management of projects in the field of construction. Its main objective is to centralize all the information regarding the projects in a digital information model.

This model represents an unprecedented evolution in traditional plan-based design systems. This is because it incorporates geometric, time, cost, environmental, and maintenance information. Its use goes beyond design, also covering the execution phases of the project and extending throughout the entire life cycle of construction. In this way, it allows the management of buildings and reduces operating costs.

The Internet of Things is also transforming the construction industry. It is not only changing how buildings are inhabited but also how they are built. IoT substantially changes the ecosystem of buildings, from the beginning of its design life cycle. BIM, green buildings, smart prefabrication, and smart construction management are some of the ways the Internet of Things is transforming the industry.

Augmented reality has been introduced for some time in different aspects and areas of the social and productive life of communities. In the case of construction, it has evolved drastically. One of the reasons for this has to do with the fact that it allows the architect, the client, and the workers themselves to see exactly how a work will look in the real world and at an appropriate scale, even interacting with it.

It is a technology that offers the opportunity to know and move through space, even before it exists. It helps to see details of the structure, properly calculate materials, modify details and observe the efficiency of the building.

In the context of climate change, the search to generate more efficient and environmentally friendly constructions does not stop growing. In this sense, in the construction of the future, new materials are used that reduce the use of non-renewable resources and generate less pollution. In this aspect, materials such as green asphalt, recycled plastic, wood, aluminum, bamboo, rammed earth, and cork, among others, stands out.

Continuing with the development of new materials that revolutionize the construction industry, self-healing concrete stands out. It is a material that has micro capsules that break and repair the concrete when an internal crack occurs. It is a material that aims to end programmed obsolescence, characterized by its durability and its lower environmental impact.

Big Data contributes to the construction industry through predictive analysis. Its big data helps construction managers to make better decisions in advance. It helps to record large amounts of data, which also favors the knowledge of weather patterns, the weather forecast before starting a new project, and places that have bad weather conditions, among other things.

Today, predictive analytics is considered one of the most promising technologies for the industry. Strong future growth is also expected.